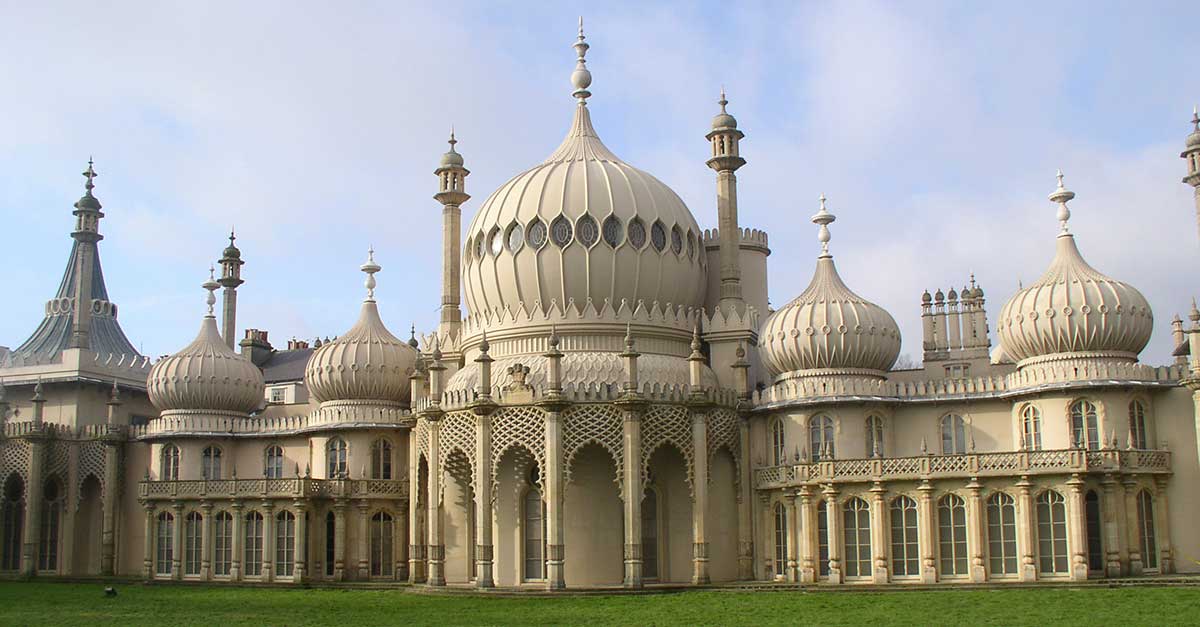 Through the Keyhole: Uncovering the secrets of Brighton's past

Who remembers the popular UK TV series; ‘Through the Keyhole’, where contestants got a fleeting glimpse into the houses of celebrities to guess the owner? In homage to this 80’s classic, we’ve decided to give our online audience the chance to take a peek into some of our customer’s Asset Banks and get some inspiration for their own.

In this article we delve into the Asset Bank of Brighton’s Royal Pavilion & Museums. Arguably the most iconic building in Brighton UK, the Royal Pavilion was built in three stages, the first beginning in 1787. A Grade I building, its colourful past includes many different uses, including a seaside pleasure palace for King George IV (also known as Prince Regent) and a First World War hospital.

With so much history to remember, it was important for the team at the Royal Pavilion & Museums to have an intelligent storage system and approached us at Bright to use our Digital Asset Management solution; Asset Bank. They have now opened up part of their image archive to the public so that we can discover what life was like in Brighton over centuries past.

We delved into the archive to search for hidden gems and secret stories to share which the selected images below have captured forever.

Royal Pavilion used as a hospital for Indian Soldiers

The Royal Pavilion is famous in Brighton for being the flamboyant Prince Regent’s playing ground, however, it is relatively unknown that the site became a hospital between 1914-1916 for injured Indian soldiers. The Indian Army were drawn in to help fight on the Western Front at the beginning of the war, when the British Army were still recruiting and training their own soldiers. Casualties were rife and due to its vast rooms the Pavilion offered the space to set up a hospital to provide treatment and respite to the injured Indian troops. There was much effort put into not only tending to injuries but also in respecting the cultural and religious differences of the troops who came to Brighton. The kitchens would provide separate meals depending on whether the patient was Muslim, Sikh or Hindu and different sites were dedicated to prayer. Over 2,300 patients were treated during the two years until the hospital closed briefly in 1916, before reopening in April of the same year to treat British troops. 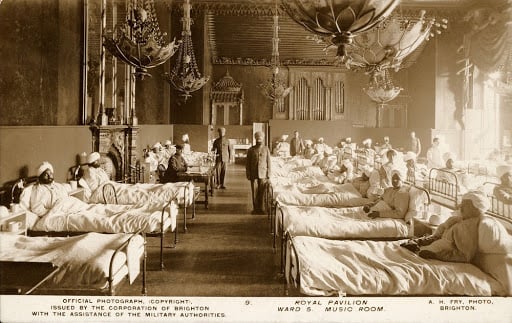 The ‘Daddy Long Legs’ of Brighton

Towering up from the waves of Brighton seafront, a bizarre stilted railway nicknamed ‘Daddy Long Legs’ was built by the mastermind behind the Electric Volks Railway, Magnus Volk. His idea to create a railway track under the water was inventive but perhaps not wholly practical due to the blustery weather that battered the coast during the winter months. The new railway opened with great ceremony on November 28th 1896, with Brighton dignitaries attending to watch the quirky spectacle take its maiden voyage through the shallow waters of the English Channel. Unfortunately the demise of the railway began just a week after the grand opening when a terrible storm battered the South Coast, damaging both the Volks railway and causing almost irreparable damage to the top tram of the Sea Voyager. A year later the Daddy Long Legs was back in operation after considerable funding and continued trundling it’s passengers to and from Rottingdean but the stormy seas proved too much and in 1901 it took its final voyage. Hardly anything remains of the railway now, apart from the concrete sleepers which can still be found in Rottingdean. 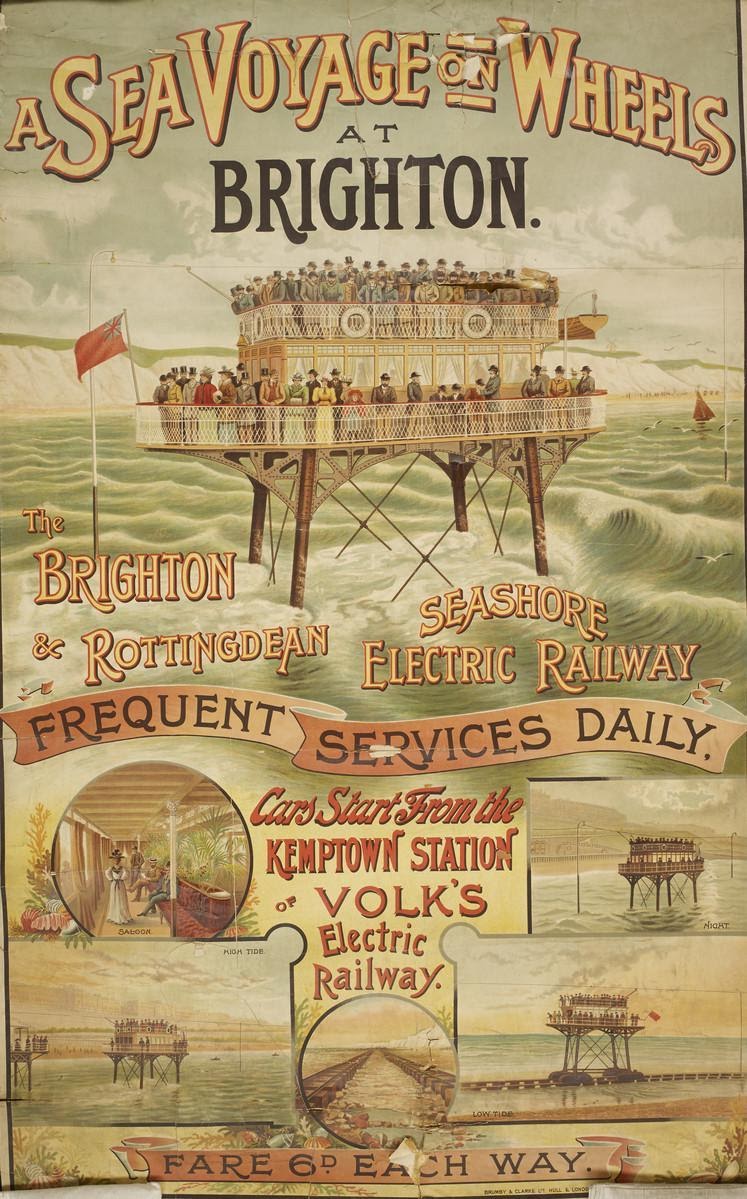 A glimpse into the haunted past of Preston Manor

There have been multiple reports of hauntings at Brighton’s Preston Manor, the most famous being the White Lady whose presence has been seen and felt since the 16th Century by residents and visitors alike. One particular sighting was reported by the daughter of Eleanor Stanford, whose family once lived in the building. She recounted seeing the ghostly white figure of a woman descending the manor staircase, but when she reached out to touch the figure it disappeared. The figure is said to be the restless soul of a nun who was unjustly banished from the church by the local friar and upon her dead was buried in unconsecrated ground. In 1897 the remains of a woman were found in the rear of the Manor’s gardens and were buried in the nearby St Peter’s Churchyard, which seemed to reduce the sightings of the ghostly figure around the manor. However, now and again visitors claim to glimpse a sight of her and ghost-hunters come from miles around to immerse themselves in one of the most haunted locations in the UK.

The White Lady of Preston Manor - image taken at 'A Cabinet of Curiosities' event on the 30th October 2015.

Through the Keyhole: Ibiza Rocks

Continuing our ‘Through the Keyhole’ series, this time we take a peek into the Asset Bank of the legendary Ibiza Rocks helping you to forget the grey..

Through the Keyhole: NSPCC Learning

Continuing our ‘Through the Keyhole’ series, this time we take a peek into the Asset Bank of the NSPCC, the UK’s leading children’s charity who work..

It’s pretty common for your Digital Asset Management (DAM) solution to notify you when new users want to register to use the system, or even when new..