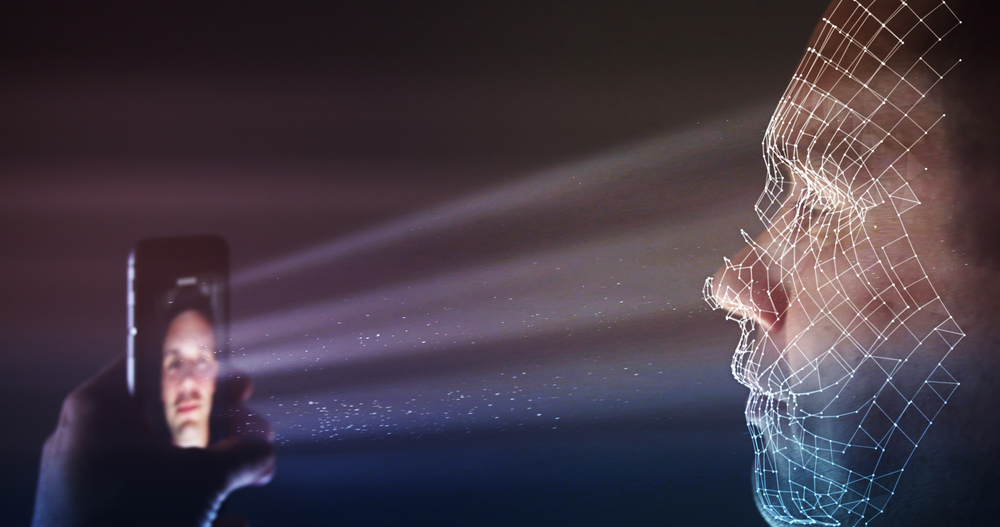 Update May 2019: this article was published in 2016. Since then we've released a new product, Dash. Dash is a lightweight DAM solution that includes facial recognition. Read about our Effective use of AI here.

Facial and Image Recognition isn't a new concept but recently there’s been more noise about it in the development sphere, since Google announced last December that it would make its facial and image recognition algorithms available through its Google Cloud Vision API.

Like most Digital Asset Management vendors, we have long seen the potential for software that can automatically and accurately identify objects and concepts in images. However there are many examples of how often this software fails.

With the availability of Google's API, alongside other industry developments, we feel it's time to look at the potential again. 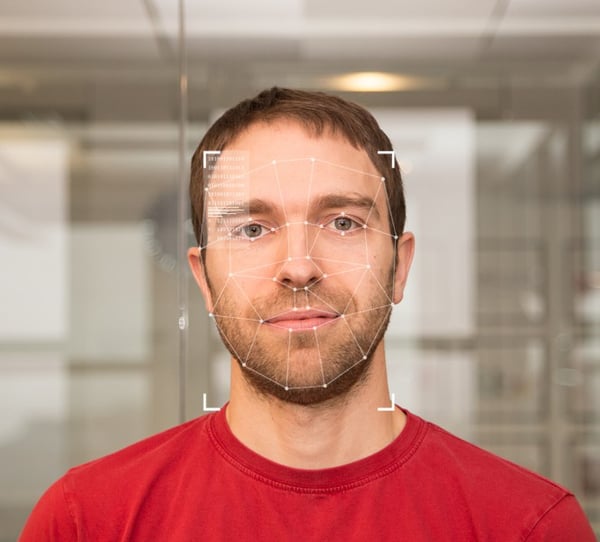 Facial recognition works via computer algorithms attempting to match a particular image with a database of images. It does this by measuring the distance between attributes such as the nose to lips or the width of eyes. 3D image processing has advanced the accuracy of this process as it provides more data and is less constrained by lighting or the angle at which the image was taken. Further improvements are on their way via the use of techniques like skin biometrics.

Image recognition works in a slightly different way. Let’s use an example of how Google does it. Google have developed Artificial Neural Networks (ANN’s) which are programmed to recognise objects by their distinctive features. Their ability to recognise is honed by showing them millions of similar images. In the last few weeks Google has decide to share this functionality with the development world in the form of their Vision API. Here’s a summary of some of the key features:

So what are the implications of the latest developments for Digital Asset Management software?

Digital Asset Management systems can be used to store and share a variety of assets, but it’s typically images that are the most important assets. One of the biggest jobs in both setting up and maintaining a Digital Asset Management system is the categorisation and application of metadata to assets. So if a system can do this automatically, and most importantly correctly, that’s going to save a lot of time. 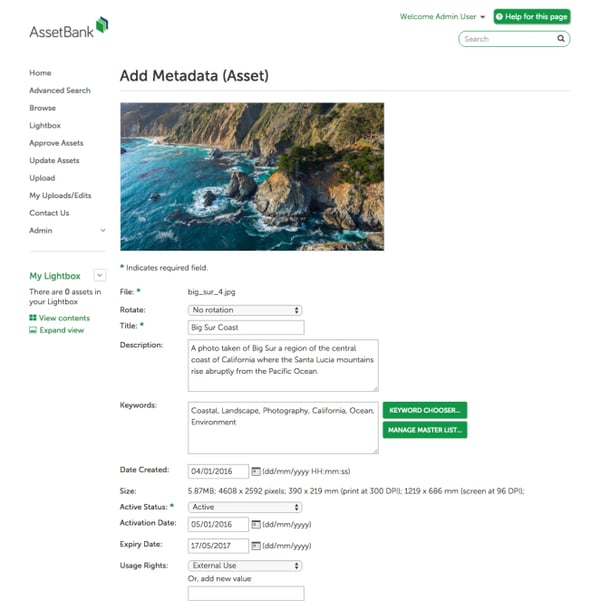 Adding metadata to a digital asset

Great! When will it be ready?

Well a couple of DAM vendors are already offering some version of automatic image tagging. Typically it is used to suggest keywords and categorisation to admins who can then decide whether they want to approve the recommendation. Reliability of the suggestions varies according to the type of image being analysed.

The release of Google’s API could be a game changer. I’m sure many DAM vendors are looking at how this new technology can be linked with Digital Asset Management. Some of the DAM benefits you can expect in the future might include.

Until the latest round of functionality is available it is hard to predict the level of accuracy but it’s reasonable to expect a significant improvement on what is currently available.

If you are an existing Asset Bank customer and keen to get involved in shaping which new features we develop including automatic image recognition please sign up here  or get in touch.

Stuck in a digital asset rut? Now's the time to invest in a DAM

It’s a vicious circle. Your company shared drive is full of images, some named - some not and every day there are countless digital assets being added..

Through the Keyhole: The Royal Shakespeare Company

We were thrilled when the Royal Shakespeare Company (RSC) drew back the curtains and gave us a backstage pass to their Asset Bank as part of our ‘..

Through the Keyhole: Ibiza Rocks

Continuing our ‘Through the Keyhole’ series, this time we take a peek into the Asset Bank of the legendary Ibiza Rocks helping you to forget the grey..